I’ve been planning to cook zucchini spaghetti for two months and never have actually done it, despite it being on the menu. Tonight I finally did since I had plenty of zucchini in the fridge to be used.

I went into this not having a plan but I  knew that I had to use whatever I had at the house because it was too late for a grocery run. I also felt like whatever I cooked needed some good spice, which is why I decided not to go with a traditional Italian spaghetti sauce.

Since I had a Pei Wei salad for lunch today, I knew tonight called for light meat. I just happened to have a Sam’s Club size bag of turkey meatballs that I figured would be a perfect addition to the zucchini spaghetti. 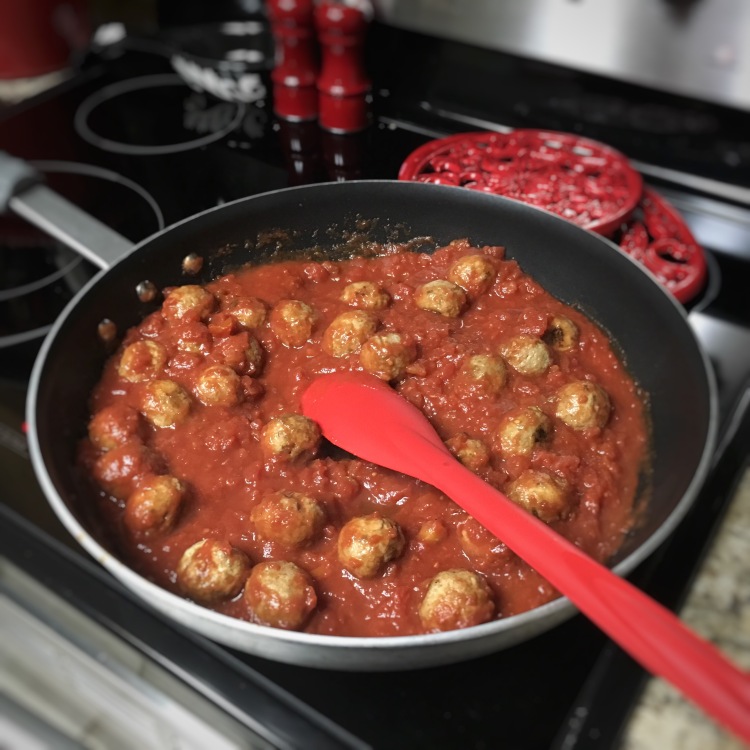 Put Frozen meatballs, crushed tomatoes, and drained Rotel into a big pan. Add spices and mix well. Simmer for 20 minutes. While that cooks, make your zucchini noodles. After 20 minutes, add noodles and mix well so they are coated with the sauce. Cook for another 10 minutes on low. Sprinkle with Parmesan cheese and serve hot.

It turned out pretty well. A few things worth noting: