William was a colicky baby. For four months he cried. I hadn’t been around a lot of babies before having him. I didn’t know babies came like that. He’s lucky my siblings are my best friends or he would be an only child. I guess Anna, Clara, and Kate are lucky too,for that matter.

Back to the colic. We were willing to try anything that might help. I nursed him but he had to occasionally have a bottle too. I had multiple friends that swore by Dr. Browns bottles. So, we bought them. I used them for Anna too since I already had them.

When we started gearing up for the girls, the thought of another colicky baby, let alone two, made me nervous. I knew I planned to nurse as much as I could but that they’d also need more bottles since they’d be going to a daycare where the bottles have to be prepared for the whole day.  So, I decided to go with the Dr.Brown bottles again. 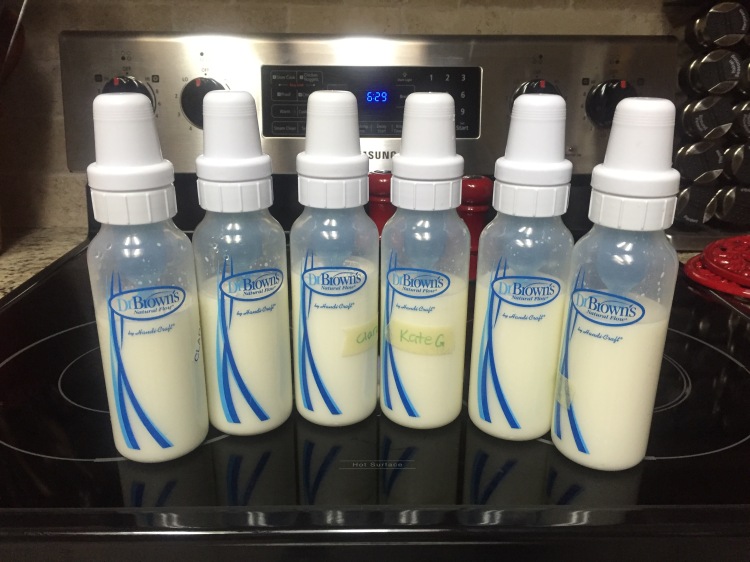 What are your favorite bottles? I’d love to see your experiences.